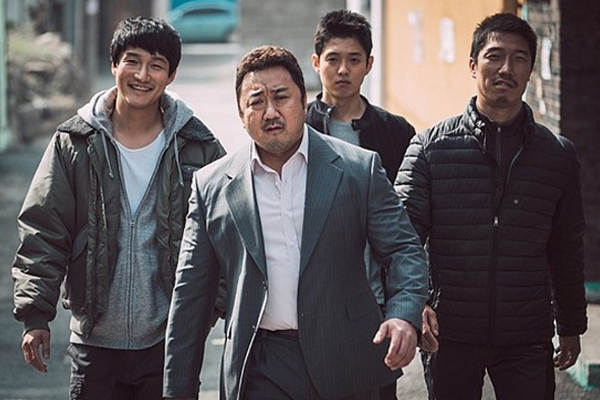 "Crime City" is a detective that dramatized the story of violent crimes committed in 2004 in Geumcheon-gu, Seoul. The film, which is worth 5 billion won in net production costs, topped the box office list last Chuseok, beating off major domestic and foreign films such as Namhan Mountain Fortress and 'Kingsman-Golden Circle.'

"The Crime City" is a 'slapper hit' film that no one expected. An actor who is selling tickets, there was no oversight. Director Kang Yoon-sung, who directed the film, was able to join the club after 10 years of waiting. Since there is no guarantee of success in commercial films, no one was willing to invest.

As Jang joined the film as a co-producer with Hong's CEO, Kim Hong-baek, and Jang invested and distributed the main characters at Kyoo Media Group, which is the director of the film business, the crime city was able to see.

"Crime City" is a result of a mid-level film that has been made in the midst of a great deal of books. Industry watchers are also encouraging new investment and distribution companies to perform as a new manager.

Jang is currently one of the most active young producers. He produced "The Last Weapon Bow," "I'm the Killer," "The Tunnel" and "The Crime City" and "The Night of Memory" films this year alone. He also produced "Infinite Company," written by Kim Eun-hee last year and presented in the popular entertainment show "Infinite Challenge" directed by Jang Hang-joon. Next year, it will continue to work as a lunar eclipse, a fugitive, a beast, and a slaughter.